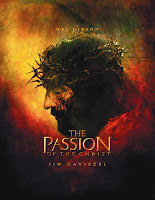 Looks like He saved a lot of other people on the way (Moses, Shadrach, Gideon, Samuel, Hagar, Eve, Abraham, Jacob, Baalam and many more).

Why did He do this? For the sake of the gospel, for our good and ultimately for God's glory.

5-9 God didn't put angels in charge of this business of salvation that we're dealing with here. It says in Scripture,

What is man and woman that you bother with them; why take a second look their way?
You made them not quite as high as angels, bright with Eden's dawn light; Then you put them in charge of your entire handcrafted world. When God put them in charge of everything, nothing was excluded. But we don't see it yet, don't see everything under human jurisdiction. What we do see is Jesus, made "not quite as high as angels," and then, through the experience of death, crowned so much higher than any angel, with a glory "bright with Eden's dawn light." In that death, by God's grace, he fully experienced death in every person's place.

10-13 It makes good sense that the God who got everything started and keeps everything going now completes the work by making the Salvation Pioneer perfect through suffering as he leads all these people to glory. Since the One who saves and those who are saved have a common origin, Jesus doesn't hesitate to treat them as family, saying, I'll tell my good friends, my brothers and sisters, all I know about you; I'll join them in worship and praise to you. Again, he puts himself in the same family circle when he says, Even I live by placing my trust in God.
And yet again, I'm here with the children God gave me.

14-15 Since the children are made of flesh and blood, it's logical that the Savior took on flesh and blood in order to rescue them by his death. By embracing death, taking it into himself, he destroyed the Devil's hold on death and freed all who cower through life, scared to death of death.

16-18 It's obvious, of course, that he didn't go to all this trouble for angels. It was for people like us, children of Abraham. That's why he had to enter into every detail of human life. Then, when he came before God as high priest to get rid of the people's sins, he would have already experienced it all himself—all the pain, all the testing—and would be able to help where help was needed.

As we have seen these past 2 weeks, Jesus is very active in the OT. There is not a time in the OT where we hear of God showing up physically that it is not our Lord Jesus Christ.


But why? Why would He do this?

"You and me we use so many very clumsy words, the noise of what we often say is not worth being heard. When the Father's wisdom wanted to communicate His love, He spoke it in one final perfect Word. He spoke the incarnation and then so was born the Son. His final word was Jesus, He needed no other one. Spoke flesh and blood so He could bleed and make away divine. And so was born the baby who would die to make it mine.

And so the light became alive and manna became man, eternity stepped into time so we could understand."

Do:
Reflect on the travels of Jesus in the OT. Pretty awesome to think about. As you go into this weekend, have fun with the kids, watch some sports, go on a date or a walk ... make a memory!

Regardless of what you do, make sure to carve out time to meet with the Lord in His word and in prayer. Remember proximity is everything.

Who is this God with skin? It is Jesus in the OT.

DevoLink: Devotions to help you Link with God.