10 Commands: Listen, Learn. Live it Out 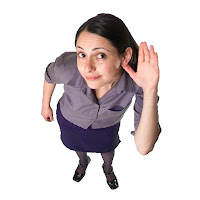 Intro:
I do not get to see too many of the late night talk shows. Besides Letterman’s Top 10 there is not much I am interested in that late at night. However, I did happen to catch one show I have never forgotten.

Jay Leno, host of The Tonight Show, did a "man-on-the-street" type interview in which he asked some folks questions about the Bible. "Can you name one of the Ten Commandments?" he asked two college-age women. One replied, "Freedom of speech?" Mr. Leno said to the other, "Complete this sentence: Let him who is without sin..." Her response was, "have a good time?" Jay Leno then turned to a young man and asked, "Who, according to the Bible, was eaten by a whale?" The confident answer was, "Pinocchio." On another occasion he asked a mid-aged woman to name one of the commandments. She replied, “You can’t do …. anything?”

This commentary of America is as sad as it is funny. Where have we gone wrong? How did we get off the tracks?

The next few weeks we will explore the 10 commands of God. These were the distinguishing marks of the followers of YHWH. The way they treated their relationship with God and others was to tell the world they were different. They might as well have been Jay Leno's responders! There is little evidence they listened, learned and lived out what God told them.

Read: Deuteronomy 5:1-6
1 Moses summoned all Israel and said:
Hear, O Israel, the decrees and laws I declare in your hearing today. Learn them and be sure to follow them. 2 The LORD our God made a covenant with us at Horeb. 3 It was not with our fathers that the LORD made this covenant, but with us, with all of us who are alive here today. 4 The LORD spoke to you face to face out of the fire on the mountain. 5 (At that time I stood between the LORD and you to declare to you the word of the LORD, because you were afraid of the fire and did not go up the mountain.) And he said: 6 "I am the LORD your God, who brought you out of Egypt, out of the land of slavery.

Think:
I believe we want to obey God. I believe we know that obeying Him brings the greatest return in life. Yet, why do we so often fail in this regard? Habits of the mind and habits of the hands seem to go unopposed.

So, how do we change? Where do we begin? We begin where God did. We learn the secret on how to grow from God’s word. Moses says, “Hear ….learn….follow” (v.1).

I like the words, Listen, Learn and Live it out. The order is important. You have to listen in order to learn and you have to learn to obey. Think of Israel in the desert? Could you mark them as followers of the Lord? Did they obey Him? Not a chance. So where did they break down? Where was the problem?

Well, if they were not “living it out” then they were either not listening, not learning or both.

So, what does listening involve? Paying attention, expectation, desire, stillness. Have you ever listened to someone talk but not really heard them? Have you ever mentally drifted on a long conference call only to get asked a question and not be prepared? Somewhere the Israelites were not listening. They might have been distracted, they might have cared less (desire), they might have low expectations … regardless, the material was not getting in their ears.

Not only was God's word not getting in their ears, it was not getting in their hearts either! It gets to the heart through memorizing, meditating and modeling. When we listen we need to work with that material. Listening leads to learning. The oft-repeated statement of the Old Testament is “Do not forget”. God pleads with his people to remember. It’s kind of sad that such a patient Dad had such punk kids!

Do:
How are your listening skills? How well do you pay attention? How easily distracted? How about listening to God? Do you slow down and listen to his word? Do you pause in prayer to hear him?

Do you have a mentor? Is there a person that is showing you what it looks like to follow after the Lord? If not, pray that God will show on to you.

DevoLink: Devotions to help you Link with God.
Posted by DevoLink at 12:14 AM