The Spirit in the Church - Part 3 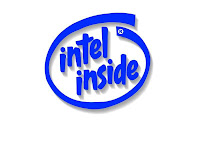 Intro:
What runs on the inside of a computer? Where does the processing power come from?

Remember those commercials? Intel ... on the inside ... da, dah, dadah. The Intel company wanted to make sure those of us that bought PCs knew where the processing power was coming from. We couldn't see it from the outside but the effects of the power were obvious on the outside.

7 But I tell you the truth: It is for your good that I am going away. Unless I go away, the Counselor will not come to you; but if I go, I will send him to you. 8 When he comes, he will convict the world of guilt in regard to sin and righteousness and judgment: 9 in regard to sin, because men do not believe in me; 10 in regard to righteousness, because I am going to the Father, where you can see me no longer; 11 and in regard to judgment, because the prince of this world now stands condemned.

12 "I have much more to say to you, more than you can now bear. 13 But when he, the Spirit of truth, comes, he will guide you into all truth. He will not speak on his own; he will speak only what he hears, and he will tell you what is yet to come. 14 He will bring glory to me by taking from what is mine and making it known to you. 15 All that belongs to the Father is mine. That is why I said the Spirit will take from what is mine and make it known to you.

Think:
"It is for your good that I am going away" ... seriously? How could Jesus leaving be good?

Clearly the greatest thing that has ever happened on the planet was Jesus walking on earth. Creation. Fall. Flood. Nation. 4000 years. Jesus. He is the answer to the question. He is the the Chosen One ... the Matrix buster!

The whole OT points to His coming. The prophets proclaimed His coming. All the priests ministered in the temple anticipating His arrival. The people longed for healing from sin.

Yet, here we are with Jesus in the NT saying, "it is for your good that I am going away".

Can you imagine how these words sounded to the disciples? They've walked with Jesus for a couple of years. They gave up everything to follow Him. They set their hope on Him. They put all their chips down on His number. He was it and now He's leaving? How can this be "good"?

This could only be "good" if what He was about to do was better. For Jesus, leaving meant more of Him for His followers. What He was able to do by being with them He could now do greater by being in them. What He could only impact externally He can now impact internally.

The Holy Spirit was to be for His disciples Jesus on the inside. It was better for Jesus to leave and yet return, so to speak.

So, today we get to see Jesus through the Holy Spirit. We have Jesus on the inside. He is with us, He communicates and He allows us to see Him.

DevoLink: Devotions to help you Link with God.
Posted by DevoLink at 5:19 AM