Praise: In the Storm 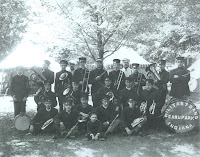 Intro:
Mike lost his battle to cancer when he was 40. In the months leading up to his death he displayed an incredible faith in the Lord. I thought for sure he would crack as the final moments and the reality of leaving his wife and two young children behind set in.

Not only did he not crack, he continued to deepen his faith and praise of the Lord. He was a wonderful example to all of us but especially to his children.

At the memorial service, the song, "Praise You in this Storm" was the perfect backdrop to pictures of Mike in the military and with his family flashed on the screen. He lived it out. He faced life's toughest battle, death, by taking God at His word and praising Him regardless of the outcome.

I think of Mike every time I hear that song.

Read: 2 Chronicles 20:15-26
15 The prophet said: "Listen, King Jehoshaphat and all who live in Judah and Jerusalem! This is what the LORD says to you: 'Do not be afraid or discouraged because of this vast army. For the battle is not yours, but God's. 16 Tomorrow march down against them. They will be climbing up by the Pass of Ziz, and you will find them at the end of the gorge in the Desert of Jeruel. 17 You will not have to fight this battle. Take up your positions; stand firm and see the deliverance the LORD will give you, O Judah and Jerusalem. Do not be afraid; do not be discouraged. Go out to face them tomorrow, and the LORD will be with you.' "

18 Jehoshaphat bowed with his face to the ground, and all the people of Judah and Jerusalem fell down in worship before the LORD. 19 Then some Levites from the Kohathites and Korahites stood up and praised the LORD, the God of Israel, with very loud voice.

20 Early in the morning they left for the Desert of Tekoa. As they set out, Jehoshaphat stood and said, "Listen to me, Judah and people of Jerusalem! Have faith in the LORD your God and you will be upheld; have faith in his prophets and you will be successful." 21 After consulting the people, Jehoshaphat appointed men to sing to the LORD and to praise him for the splendor of his holiness as they went out at the head of the army, saying:
"Give thanks to the LORD,
for his love endures forever."

24 When the men of Judah came to the place that overlooks the desert and looked toward the vast army, they saw only dead bodies lying on the ground; no one had escaped. 25 So Jehoshaphat and his men went to carry off their plunder, and they found among them a great amount of equipment and clothing and also articles of value—more than they could take away. There was so much plunder that it took three days to collect it. 26 On the fourth day they assembled in the Valley of Beracah, where they praised the LORD. This is why it is called the Valley of Beracah to this day.

*Valley of Beracah = valley of praise

Jehoshaphat was in the battle of his life and he knew he had only one option: the LORD. God would have to come through as he said he would or it was all over (v. 15).

Same is true for us. Many of us face storms that seem overwhelming. We have one of a few options:
1. Fight - take it on ourselves, pull ourselves up by the boot straps
2. Flight - run for it and hope to fight another day when you feel stronger
3. Freeze - wait on the Lord, sing to Him and Praise His name, watch Him work

We are encouraged to take God at His word and praise Him in the storm. We need to be in the band and praise his name BEFORE we win the battle. Sing His praise and thank Him for deliverance BEFORE He delivers. Take Him at his word.

Get out front and sing your guts out and ask the Lord to deliver you.

Put your praise at the front of your efforts! Sing to the Lord out of obedience and trust. Praise Him in the storm and watch Him deliver you. He's good like that!

Listen to Praise you in the Storm by Casting Crowns in the DevoLink Worship Center.

DevoLink: Devotions to help you Link with God.
Posted by DevoLink at 12:18 AM