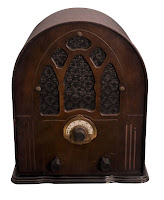 Intro:
How many noisy things have been added to our planet since 1900? Think through the inventions of just the past 109 years and consider the amount of noise we have introduced. Consider the following noise makers:
Automobiles
Airplanes
Rockets
Radios
TVs
Computers
Alarm clocks
Video games
Air Conditioning Units
Dishwashers

Finding a place where we can have total silence might be near impossible today. We might not be able to remove the planes – like the one that just flew over my house …. Probably a Cessna based on the propeller sound – or the cars BUT we can remove the people noises and the radios / iPods, etc. if we will make choices.

Now, let’s back up 2009 years and consider the noises Jesus had to deal with. What was His input? What did he have to manage? No radios or TVs. No computers or airplanes. Jesus had to manage the noise and input of people. If He were to hear God speak, if He were to be on the same page as his heavenly Father then He had to carve out times of silence and aloneness. He had to get away!

Read: Mark 1:29-37
Jesus Heals Many
29As soon as they left the synagogue, they went with James and John to the home of Simon and Andrew. 30Simon's mother-in-law was in bed with a fever, and they told Jesus about her. 31So he went to her, took her hand and helped her up. The fever left her and she began to wait on them.
32That evening after sunset the people brought to Jesus all the sick and demon-possessed. 33The whole town gathered at the door, 34and Jesus healed many who had various diseases. He also drove out many demons, but he would not let the demons speak because they knew who he was.

Jesus Prays in a Solitary Place
35Very early in the morning, while it was still dark, Jesus got up, left the house and went off to a solitary place, where he prayed. 36Simon and his companions went to look for him, 37and when they found him, they exclaimed: "Everyone is looking for you!"

Think:
Consider the noise and input Jesus was encountering in this passage. Focus in on verses 32 & 33 as you consider His busy world and all its noise. Try to hear it. Try to feel it. How exhausted would you be if this was your evening at someone else’s home after a long day at work?

After the evening he had just had, after all the input, what does He do? He retreats! He pulls back! He gets alone! He blocks out the noise and distractions! Pay attention to the details of Jesus’ retreat in verse 35.
• Early in the morning
• Still dark
• Deserted place

Why such a radical departure? Why early? Why dark? Why deserted? To get away from noise and people so he can hear His Father! So He could pray. So He could get his “things to do” list from the Father. So He could find strength.

I always found it interesting that Jesus was in this deserted place and yet His disciples knew where to find Him. Verse 36 says they found Him. Clearly Jesus had worn out a path to His place of prayer and they knew it. Getting alone and turning off the noise makers in His world was a REGULAR CUSTOM.

Do:
So what? What do you do with this? Well, if Jesus had to find places to get away and turn it all off, don’t we have the same need? Sure we do. Will you commit today to take a mini retreat tonight, tomorrow or by the weekend? You need to pick a place and a time and then show up. Pick a park or a place in your home. Find a deserted place and pray. Read your Bible. Listen to God, your Father. He’s talking.

Will you take my challenge to turn off the radio this week? Let’s try to slow down and see if we don’t run into a God that wants us to know Him.

DevoLink: Devotions to help you Link with God.
Posted by DevoLink at 1:20 AM