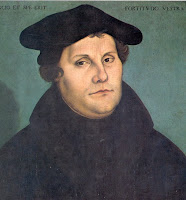 Intro:
I am going to write on a hobby horse. I was introduced to "reformed theology" while in college from a wonderful pastor/mentor. Reformed theology in a nutshell is the view that God in his sovereignty selected some to be saved and the rest to go to hell. He predestined some to salvation. There is no free will. People do not choose the Lord. People cannot even choose to reject the Lord. Everything is predetermined.

Though this view is supported by some of the smartest folks in the camp (Sproul, Piper, etc.) it is impossible to fully justify. There are verses that talk about election to be sure but there are also verses that point to will, process and choice.

It is seen clearly in Ephesians 1. In this chapter Paul talks about a group of people ("Us") that God elected, chose, predestined, seated in heavenly places and revealed mysteries to. Yet in verse 13 he changes the focus from "us" and "we" (in verses 1-12) to "you". He begins by saying "And you also believed when you heard ..." In other words, Paul saw a distinction between the "Us" in verses 1-12 and the "You" in verse 13. The first group was saved by election, the second group is saved by hearing and believing what they hear. In other words, both election and free will exist!

So, who are the "Us" in verses 1-12? Who are the "Us" that are elected and that know the mysteries of God? They are God's holy apostles and prophets (Eph. 3:5). The 12 are significant. They were not random choices. They represent the promises that God made to Abraham, that He would save the nations through him. There were 12 tribes in Israel and, without mistake, Jesus chose 12 disciples to follow him. Also, it is without mistake that the 12 tribes and the 12 apostles are immortalized throughout eternity.

Read: Revelation 21:9-26
9One of the seven angels who had the seven bowls full of the seven last plagues came and said to me, "Come, I will show you the bride, the wife of the Lamb." 10And he carried me away in the Spirit to a mountain great and high, and showed me the Holy City, Jerusalem, coming down out of heaven from God. 11It shone with the glory of God, and its brilliance was like that of a very precious jewel, like a jasper, clear as crystal. 12It had a great, high wall with twelve gates, and with twelve angels at the gates. On the gates were written the names of the twelve tribes of Israel. 13There were three gates on the east, three on the north, three on the south and three on the west. 14The wall of the city had twelve foundations, and on them were the names of the twelve apostles of the Lamb.

15The angel who talked with me had a measuring rod of gold to measure the city, its gates and its walls. 16The city was laid out like a square, as long as it was wide. He measured the city with the rod and found it to be 12,000 stadia in length, and as wide and high as it is long. 17He measured its wall and it was 144 cubits thick, by man's measurement, which the angel was using. 18The wall was made of jasper, and the city of pure gold, as pure as glass. 19The foundations of the city walls were decorated with every kind of precious stone. The first foundation was jasper, the second sapphire, the third chalcedony, the fourth emerald, 20the fifth sardonyx, the sixth carnelian, the seventh chrysolite, the eighth beryl, the ninth topaz, the tenth chrysoprase, the eleventh jacinth, and the twelfth amethyst. 21The twelve gates were twelve pearls, each gate made of a single pearl. The great street of the city was of pure gold, like transparent glass.

22I did not see a temple in the city, because the Lord God Almighty and the Lamb are its temple. 23The city does not need the sun or the moon to shine on it, for the glory of God gives it light, and the Lamb is its lamp. 24The nations will walk by its light, and the kings of the earth will bring their splendor into it. 25On no day will its gates ever be shut, for there will be no night there. 26The glory and honor of the nations will be brought into it. 27Nothing impure will ever enter it, nor will anyone who does what is shameful or deceitful, but only those whose names are written in the Lamb's book of life.

Think:
It is clear from these verses that the 12 tribes and the 12 apostles play an important in God's redemptive plan. It was the means he chose to proclaim the message of salvation. It is through the promise to Abraham that is fulfilled in Jesus Christ and proclaimed through his 12 apostles that we are saved.

The bible says that faith comes by hearing. It says that we cannot be saved without hearing and that we cannot hear unless someone preaches. Jesus said that he will draw all men to himself by means of the cross.

There is too much division in the Church today over Reformed Theology. This infantile movement, founded in 1500 or so, has created more division and infighting than almost anything in the history of the church. We squabble over who's in and who's not. We fight over nuances of words. We argue definitions. Yet we do not proclaim the truth to a dying world. We do not have the love of Jesus for people. We are too worried about judging who is right and who is wrong.

Entire schools, publishing houses, conferences and churches are created around the message of election. Yet, people that can respond will not have the opportunity as we argue and debate.

I think this section of Revelation shows clearly that God's plan from all eternity and to all eternity was to work through the promises to the 12 tribes as fulfilled in the preaching of the 12 apostles (v. 12-14).

Do:
Thank God that you can be saved because of Jesus' death on the cross. Thank God that this is open to a lost world. Pray for opportunities to speak the gospel to others.

Proclaim the gospel to your friends. Plead with them to respond to Jesus. Work at it. Seek their welfare. Pray that they will hear.

DevoLink: Devotions to help you Link with God.
Posted by DevoLink at 1:27 AM